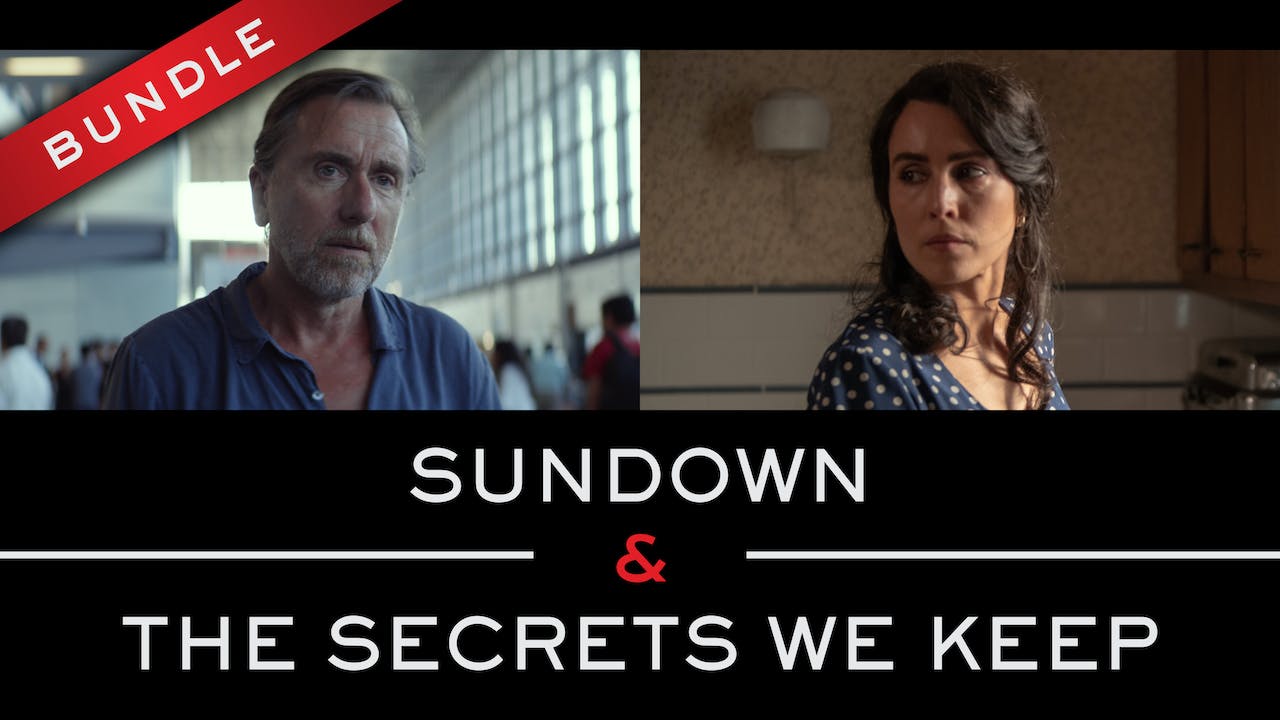 Sundown / The Secrets We Keep

Two stories of families in turmoil and shrouded by mystery, SUNDOWN and THE SECRETS WE KEEP are now available to own for a special price for a limited time.

SUNDOWN
Neil and Alice Bennett (Tim Roth, Charlotte Gainsbourg) are the core of a wealthy family on vacation in Mexico with younger members Colin and Alexa (Samuel Bottomley, Albertine Kotting McMillan) until a distant emergency cuts their trip short. When one relative disrupts the family’s tight-knit order, simmering tensions rise to the fore in this suspenseful jolt from writer/director Michel Franco.

THE SECRETS WE KEEP
In post-WWII America, a woman (Rapace), rebuilding her life in the suburbs with her husband (Messina), kidnaps her neighbor (Kinnamen) and seeks vengeance for the heinous war crimes she believes he committed against her. The film is directed by Yuval Adler from a script by Yuval Adler and Ryan Covington.